You are here: Home - Media

Inchin Closer is a popular company, we have been on Tv, written, spoken, tweeted, liked and commented on across various media on different topics. Get the scoop here – 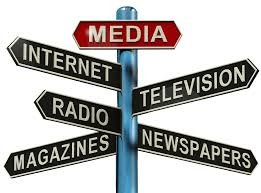 So intertwined are our nations that our languages borrow, blend and assist each other in creating a linguistically rich world.

From human hair to cumin seeds, what the Coronavirus panic has taught Indians about China  – Scroll

“they cannot go back to their courses because their schools in China have shut down due to the virus,” said Vasi, who is also a Mandarin teacher. “They are now doing online classes to keep up with their Mandarin.”

Fueled by cash flows and expanding channels of communication, China
and India are awakening to a third round of bilateral brotherhood,
focused on cultural exchange.

From Namaste to Ni Hao – The growth of Mandarin language in the Indian consciousness. – India China Chronicle

“To have more than a textbook knowledge of any language, it is very important to actually carry out a conversation. For starters, learn how to express a thought without memorizing one way to say it,” explains Vasi.

Chinese companies indicate a lot of interest in investing in India but “many are uncertain about sealing the deal due to the complex labyrinth of regulations and financial hoops”, Nazia Vasi, CEO of Mumbai-based Inchin Closer, an India-China language and business consultancy

Learning Mandarin is key to success – The week

Over the last six years, Inchin Closer has had more than 1500 students. At any given time, they have 60 students enrolled. “Traders and entrepreneurs learn Mandarin to be able to communicate with their Chinese counterparts. They have realised that it will be easier to interact with the Chinese if you can speak in their language, ‘’ says Vasi.

Instructing them is a Chinese lady. Over the course of the next half-hour, she tells them how to order food, the names of vegetables, how to ask somebody for their phone number, the days of the week… all in Mandarin.

To make business easier, diamond houses have encouraged their staff to learn to speak mandarin. The trend has given rise to many mandarin schools with the idea being to help bridge the cultural and language barriers between China and India.

A bid to connect with her roots is part of the reason she recently joined Mandarin classes in Mumbai conducted by Inchin Closer, an India-China language and cultural consultancy.

The consultancy, which claims to have only native Chinese trainers, started operations in 2010 with only 100 students. Now, it has over 1,000 students and has grown to a dozen standalone centres, besides two in collaboration with DY Patil International School, Worli and Ascend International, BKC.

Mumbai-based Nazia Vasi translated these numbers into a business opportunity and launched Inchin Closer, a Mandarin language and culture consultancy, endorsed by the Chinese consulate in 2011.

Learning Mandarin with Mr and Mrs Mehta – Caravan Magazine
Their guides in their textbook were Rahul and Pooja Mehta, a fictional Gujarati couple, who took them through China as they visited silk factories, dined with clients and struck deals.

Shaped by disparate political, economic, and social forces, and starkly divergent histories, China and India, though neighbors, have arrived at a point where their young people, as well as their leaders, have developed individual paths toward each other and the world.

Entrepreneurship at the Border – Startup Nation

China and India have had a sweet and sour relationship over the past few centuries. The neighbors have been one of the largest trading markets, collectively controlling 40% of global trade. Buddhism flowed from India to China and influenced many parts of the middle kingdom, and the British, whose rule we were both under, mingled our cultures before the Opium War tore us apart.

The Indian prime minister visits China this week. The two countries have promised to boost trade to $100bn in the next few years – up 50% from current levels – and China is keen on signing a regional trading arrangement to boost it further

The students are from multinational
conglomerates, foreign banks in Mumbai, international schools as well as
corporates and different professions.

With China’s rise, Mumbai says ‘Ni Hao’ to Mandarin
Times of India
….Nazia Vasi, the firm’s founder, says: “I teach several school students whose parents know that this is an important language. If you know Hindi and Mandarin, you are talking to 3.5 billion people in the world.”

City scope: keeper of the faith – South China Morning Post
But hidden in a small street behind the Dockyard Road train station – and unknown to most Mumbai residents – is Kwan Tai Shek, the city’s only Chinese temple….

这是普通话 – Decipher This Code – Learn Mandarin in Mumbai
The best part about the the classes are that they are designed especially for Indians. Better yet, each student who enrolls will receive merchandise customised with their own Chinese names.

Close ties herald ‘Asian Century’ – 15th August 2011, @ Shanghai Daily
As neighboring countries, the inevitable relationship between Chinese and Indian business is getting closer and strengthening Asia’s might. Nazia Vasi looks at how some Indians are embracing Chinese language and culture to help boost these links.

An intriguing insight into Indian life – 15th August, 2011 @ Shanghai Daily
EIGHT years ago, in pursuit of an international education, I found myself in India. Divided from China by the Himalayas, India is a place that sounds so familiar to us, yet we know so little about other than a few old Hindi songs and the acknowledgement that it has a booming IT industry.

Sunday Mid-day Front Page Headlines – 5th June 2011
Inchin Closer, an India- China consultancy, set up language classes in South Mumbai in January this year, and expanded to St Stanislaus School in Bandra last month, when it got a whiff of the demand for Mandarin. Most students are here not for the thrill of mastering a challenging language but to carry out business easily with their Chinese counterparts.

Dragon takes lead over elephant in UK varsities @ The Times of India
According to Nazia Vasi, founder of Inchin Closer, a consultancy that offers multinational companies a host of services in India and China, Indian students head to the UK solely for a degree while the Chinese look at the dual benefit of a foreign education as well as a chance to improve their English. “When Chinese students return to their country speaking good English, their salaries automatically double, especially in multinationals. Good English helps them interact with the top brass, and form a link between Chinese-speaking workers and English-speaking managers,” she said.

China to pick IIM-C brains @ The Times of India
The Chinese capital market is comparatively young, unlike its Indian counterpart, which has more than 100 years of history. Nazia Vasi, founder of Inchin Closer, who worked in China for two years, pointed out that there is every reason for Chinese financial companies to recruit Indian talent.

India Inc. hits the Wall in China journey
“A Chinese department head recently came to India and wasn’t being taken seriously,’’ said Nazia Vasi, CEO of Inchin Closer consultancy in Mumbai. “Indian companies need to realise that a Chinese manager in a state firm can make decisions unlike an Indian manager.” Some Indians in Shanghai get duped, said Vasi, because of contextual errors in Mandarin contracts they cannot read.

Business tips over steamed tortoise @ Hindustan Times
Inchin Closer is Nazia Vasi, a young Mumbaiite who moved on from journalism in India to study Mandarin, teach English and head a tax and consultancy firm in Shanghai. After three years, she returned to Mumbai and set up her own India-China business consultancy aiming to help Indians and Chinese understand each other through their own perspectives and backgrounds instead of the ‘foreign/western view’.